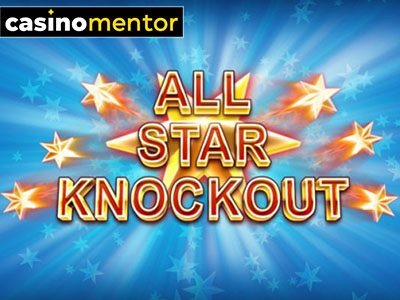 The features like Wilds, Scatters, Bonus Symbols, Free Spins, Respins, and side games are all the features gamblers are interested in discovering through the Northern Lights Gaming free slots. Since the company has developed its game platform, it doesn't need to comply with any other company's standards or restrictions. So game developers can include all the bonus features they want, ensuring it's safe to know that their platform has many potentials. This means that Northern Lights Gaming can let their imagination go wild, which they seem to have come to terms with great intelligence.

Gamblers will soon find that the Northern Lights Gaming slot machines free are entirely packed with entertainment features that will make you reel. Each game is carefully designed and developed and refined. The top-notch graphics are also a big plus, all perfectly designed with appealing background sounds.

The problem is that it can take a while for gamblers to get used to each slot’s gameplay. The bonus features make slot machines a lot more fun, but it can sometimes take a bit to activate bonus rounds and experience every aspect of the game. That's why playing Northern Lights Gaming free slot games can be so helpful. Bettors can take time to learn about the game so that when they decide to play with real money, they know what they are allowing them to do.

Northern Lights Gaming is a young company founded by professionals with extensive online game development and slot machines. The company was formed under the agreement in 2016 and officially launched to the public in 2017. The majority of the company's talent comes from Jadestone.

Chief Executive Officer - Andrew Goodale of the UK started his gaming career at Barcrest and joined Williams Interactive a few months before Scientific Games acquired it. He later became Senior Director and Head of Global Content Division at SG Interactive before leaving to join Henrysson and lead the team at Northern Lights Gaming.

Northern Lights Games has a UKGC license for its remote gambling software and has registered with the Gambling Control Commission Alderney for a Core Service Provider Affiliate Certificate in late 2017.

Northern Lights Games makes games available to play from all devices such as mobile phones, computers, and tablets, providing an excellent user experience.

The company's goal is always to be a game developer that delivers the best games, so it requires discipline and creativity. Northern Lights Gaming has produced impressive games like Rocky's Gold slot, All-Star Knockout Ultra Gamble slot, Golden Stallion Ultraways slot, etc. Of course, the company has many great games to explore, but let's take a look at some of Northern Lights Games' highly-rated titles.

Rocky's Gold slot - The game has a lot of cool features. With the help of explosives, gamers will receive a series of victories in Wild Dynamite Rewards;
All-Star Knockout Ultra Gamble slot - The available Win Spins in the game are free spins guaranteed to pay an attractive sum.

Golden Stallion slot - Gamblers will embark on a creative adventure. This is a game suitable for those who prefer a little more experience. In the bounty game, players are greeted with three spins with different features, promising great rewards.