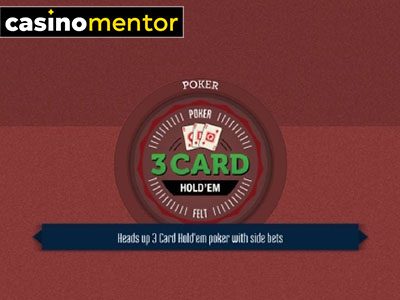 Felt Gaming specializes in table and card games in single-player and multiplayer modes. The common feature of all games is that they also have high rates of return. However, whether you are a beginner or an experienced user, you should try the free version. They are a great alternative for players looking for entertainment online without the risks involved. As a result, you can easily strategize carefully to win big.

This software vendor was founded in 2013 by John Parsonage. Even so, I consider this a relatively new casino developer in the current gaming industry. Felt Gaming Company still has a tough way to go if it is only focused on table games. Since it focuses primarily on the production of table games, its popularity cannot compare to other leading developers in the industry.

These developer-driven tabletop games were first released in 2015, marking the debut of Felt Gaming in the gambling market. The founder and CEO of Felt Ltd have made it clear that Felt Gaming's primary goal is to develop the technology and design of high quality tabletop games.

At the time of its inception, Felt Gaming just wanted to build a foothold in the gaming industry by developing its proprietary gaming platforms and game servers. However, to focus more on developing new titles, they have to forge partnerships with a host of third parties to speed up their production. This developer also partners with game distributors and aggregators to help them release their games to the market widely.

This developer has partnered with a number of well-known partners such as LeoVegas, Unibet, NYX Group, Betsson, Relax Gaming and Leander. As a result, Felt Gaming's portfolio of well-designed table games promises to deliver immersive gaming experiences to gamers. While this company has not received any awards to this day, it is hard to deny that Felt Gaming will thrive in the future.

Top 3 Games of This Provider

At the portfolio offered by Felt Gaming, you can find a portfolio of around 20 games. Despite the small number of headlines, it also has a few cool titles including:

Suit 'Em Up Blackjack: You will not want to miss this exciting side-bet blackjack game. Although Suit 'Em Up Blackjack uses standard American Blackjack rules, you do get the chance to place an extra Suit ‘Em Up side bet. That makes it possible for you to earn 50 times your stake if the first two cards dealt are of the same suit.

Blackjack 6 in 1: This game is the most popular version of the game Felt Blackjack. Blackjack 6 in 1 offers up to 6 additional bets, with each bet played as a separate game.