Best Numbers to Play on a Roulette Table

Let's find the answer to the question "Which is the best number to play on a roulette table?". Read our guide to some simple and effective roulette betting strategies.

Roulette has long been a classic casino game and is loved by millions of gamblers. As a result, any land-based or top online casinos on the market today offer many of these games of chance to attract more players.

The element of chance largely determines the outcome of a game of roulette that no strategy can reliably influence. That's why it's not picky about players.

However, most roulette players want to put their faith in something that can bring them luck at the table. Therefore, they try to find the answer to the question, "Which is the best number to play on a roulette table?". So if you are among those prestigious players, and also looking for the answer, look no further more than this article!

Before getting into specific groups of numbers or a specific number that are considered lucky in roulette, you should have a basic understanding of how randomness affects outcomes in roulette.

Typically, European Roulette will have 37 numbers on the wheel, each appearing randomly after the spin ends. But because the element of chance takes over, some numbers will be chosen more than others in a short time.

You can do the following simple example to make it easier to understand: You play European Roulette with 37 slots on the wheel. You will proceed to spin 37 times to see if all the numbers appear. Then you will quickly realize that not all 37 numbers are called, some will be called continuously, but others will not.

This primary feature creates the separation between two groups of numbers, called "Hot" and the other group is "Cold." Is there a way to use this to your advantage? Let's find out below!

In the above section, we mentioned the concept of "Hot". The numbers in the Hot streak are the numbers that will have a greater probability of being called than other numbers, at least for a certain period of time. Some seasoned players believe that persistently betting on hot numbers will lead to better results and higher odds of winning.

To quickly determine whether a number is supposed to be a hot number, you can follow the following example:

In 300 spins, if a number is called 20 times or more, then this number is considered especially hot. If it comes out less than 15 times, this is called the average hot number.

Logically, these numbers will appear more often in other spins. In particular, some software providers have introduced online roulette games that include hot and cold numbers for players' convenience when choosing which numbers to bet. From there, players can track and calculate the probability of the numbers appearing in a certain period.

However, keep in mind that there is no certainty or guarantee about the number of times a number will reappear because it has appeared before one or more times in a given number of spins.

In contrast to hot numbers, the numbers that appear rarely or rarely in particular spins are called "cold" numbers.

Some players assume that after a period of non-appearance, the time has come for these numbers to "due," which means they will be called soon.

The results of online roulette are governed by a random number generator (RNG). As a result, the Hot numbers will likely stop appearing, and the bets on them will not bring any profit to the player.

This is the time when players should apply the opposite strategy. It means you should bet on Cold numbers as they tend to appear after a long absence.

In a word, if you keep betting on a certain number in the hot streak but keep losing money, then you should change your strategy immediately. But, of course, this requires you to pay a little attention to the probability of the 37 numbers appearing in the wheel.

Keep an eye on the Hot and Cold numbers for the first 30 to 40 spins to determine them. At this point, you will soon know which numbers do not appear within the first 30 spins. Maybe one of these numbers will appear soon after.

It would be better to narrow down the Cold numbers to six or less and consider placing small bets on these numbers. Then, in case these numbers do not appear, you can risk betting on them again. However, if you keep losing again, then it is better to quit pushing it and look for opportunities in other numbers.

It is a well-known fact that there is no way to determine with certainty which number will appear next because Hot numbers tend to get Cold after they have appeared several times before.

Cold numbers can also become Hot when they haven't been called for a while, but they will sooner or later stop appearing and become Cold numbers again.

This cycle goes on and on and is unbreakable, which is especially true in online roulette.

There is another bet similar to the Neighbor bet, which is Voisins du Zero. This is a bet that consists of 17 consecutive numbers starting from 25 to 22 on the wheel. This bet type also has a more proper name, “Neighbours of Zero.”

With this bet type, the player will play 9 chip bet covering 16 numbers on either side of the zero, so a 17 number bet in total, as follows:

The payout ratio is as follows:

Orphelins bet is also one of the other bet types that help you increase your chances of winning in Roulette. The feature of this type of bet is to bet on numbers or groups of numbers arranged separately.

The payout ratio is as follows:

Placing a Tiers du Cylindre bet, also known simply as the Tier bet. This is a type of bet where you will bet that covers a third of the entire wheel and is a good choice for experienced players.

The table of bets and payouts is as follows:

What are the best roulette numbers to play? Unfortunately, no one can answer this with firm certainty because all numbers on the wheel have the same chance of appearing and suffer the same house edge.

Some players like to bet on their lucky numbers; others prefer Hot or Cold numbers because they believe they will carry some meaning associated with winning.

Everyone believes in spirituality when playing roulette, and they even use some fallacy and run with its strategies. Among those strategies, the Martingale or Paroli system is the most chosen.

Accordingly, the player will wait for the red numbers to appear 3 times in a row, then bet on the black numbers using the Martingale or Paroli system. Specifically, the system is applied as follows:

Choose your bet size for 1 unit

Depending on each person's preferences and betting habits, they will offer the best bet for themselves. But, of course, everyone has a different opinion on the best bets.

However, of all European Roulette bets, all even-money bets have the lowest house edge, 1.35%. This means your advantage will be higher than other bets. So, in my opinion, this is the best bet.

How Many Numbers To Play?

Again, there is no right or wrong answer to this question. For very understandable reasons, the more numbers you bet on, the more you are spreading your risk around, but your upside is lower too. And, of course, you're up against the same house edge no matter what betting style you use.

In short, there are no "Win" and "Loss" numbers in roulette. All numbers on the wheel have the potential to be called, and a number's chances of getting picked are 37 to 1. So all you can do in the meantime is wait for your luck to find you.

However, don't let this discourage you and give up, especially if you are a new player. Instead, you can refer to the strategies that I have shared and see if they help. But, keep in mind that I never claim any of the above to be accurate, so don't follow it blindly.

Finally, hopefully, the above sharing will help you gain more knowledge related to roulette. Share it with others if you find it useful, and don't forget to come back to us for more great gambling tips and tricks! September 06, 2021 Grasp the roulette payouts chart to find out bets with... 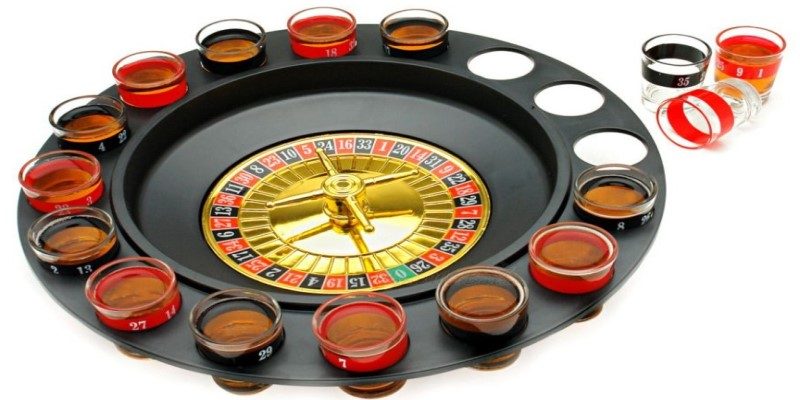