Are you looking for all the best slots that have Megaway Slots? This page is designed for you with top slots providing the Megaway features with massive winning.

Play for Free
Eye of Horus Megaways
by Blueprint Gaming 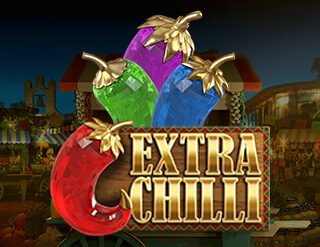 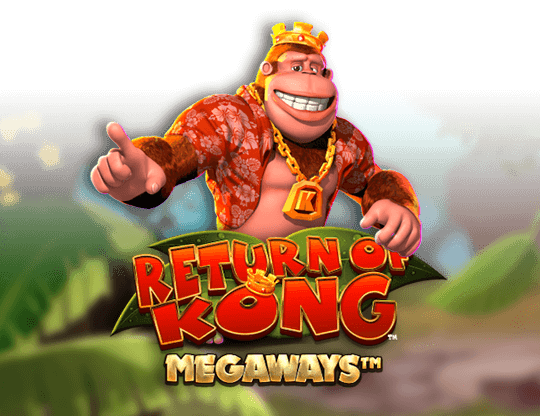 Play for Free
Return of Kong Megaways
by Blueprint Gaming 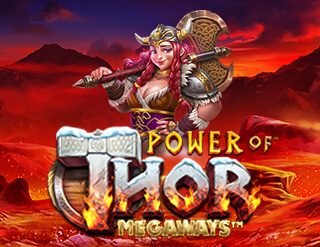 Play for Free
Power of Thor Megaways
by Pragmatic Play 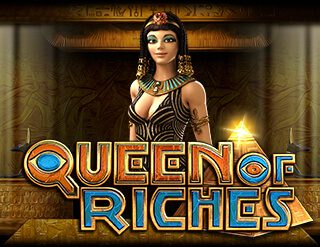 Play for Free
Queen of Riches
by Big Time Gaming Play for Free
Moriarty Megaways
by Play for Free
The Ruby Megaways
by 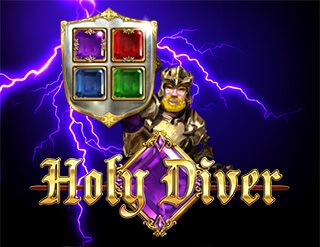 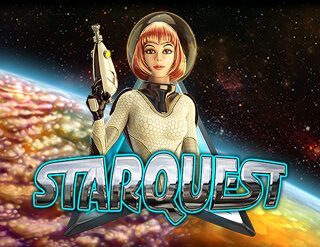 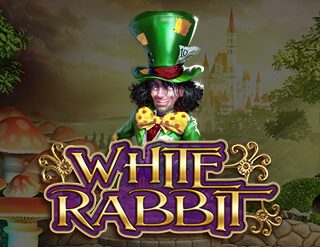 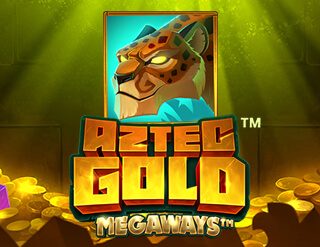 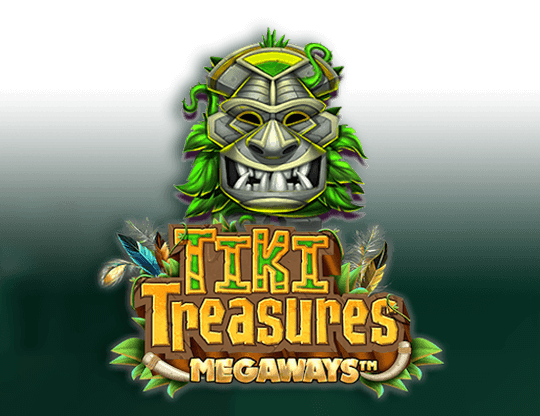 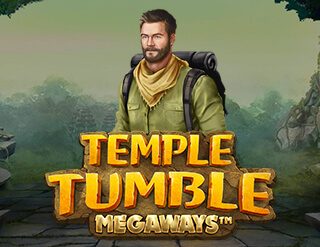 Megaways slots are one of the most popular slot game genres by the gamblers' community. Since it made its debut with Big Time Gaming' Dragon Born in 2016, this game genre has revolutionized the world of iGaming. Before it appeared, slot players only had a maximum of 4096 winning ways per spin. But with the random reels modifiers, the megaways slots bring this up to 117,649 ways to win.

With that brief explanation, you understand why these games are called Megaways slots. A standard Megaways slot features six reels with up to seven symbols on each, and the Megaways mechanism determines the number of symbols occurring at random.

Today's article will take a closer look at this game genre, the symbols that you need to pay attention to when playing Megaway slots, and the top titles that you should not miss if you are interested in this unique slot type. So, let's start right now.

What Are Megaways Slots?

Megaways feature, created by Big Time Gaming, is among the greatest feature in all Big Time Gaming video slots available online. This is mostly due to its complex altering features, which allow for massive victory tied to the game's overall structure, instead of pre-setting paylines. So, in contrast to traditional slots, the number of pay lines in Megaway slots is determined at random on each spin.

Given that certain Megaways allow slots to have up to 117,649 ways to win, they might appear to be difficult, and they are to some extent. The misconception stems from the fact that they operate as multi-line slots, but the twist is that the Megaways mechanisms abolish paylines entirely in these sorts of slots. In other words, there aren't any particular paylines on which game wins are based.

If you still don't understand how the paylines in Megaways slot work, don't worry, we will explain below now.

How Do They Work?

Như chúng tôi đã đề cập ngắn gọn, Megaways là một cơ chế sửa đổi vòng quay ngẫu nhiên As previously stated, Megaways is a random reel modifier technique that generates a new number of symbols on each spin, resulting in thousands of ways to win. The outstanding point of these slots is that, unlike 5-reel and 3-reel slots, the number of reels and ways to win changes with each spin of a Megaways slot.

To gain wins in Megaways slots, you don't have to worry about landing combinations of symbols to match the available paylines like in regular slots. Instead, you need to match 3 or more of the same symbols from left to right on adjacent reels. So, it's the "same symbol" factor that determines the win, instead of the pre-set win lines.

As a result, the number 117,649 winning ways in a standard Megaways slot is derived from the mathematical combination of all feasible possibilities of the same symbols appearing adjacent on all 6 reels of the game. Thus, in a Megaways slot with 6 reels and 7 rows, you will have 7x7x7x7x7x7, resulting in 117,649 ways to win. This is also the maximum slot configuration for generating wins.

That is the maximum number of winning ways for a standard Megaways slot. However, in the world of iGaming, you can come across many Megaways slots with more complex structures. Instead of the familiar 7x7x7x7x7x7 configuration, you will encounter games with 2x3x4x4x3x2 or 3x4x5x5x4x3 structures. In those games, the number of ways to win will vary, but it will not reach the maximum level like the games with 6 reels and 7 rows as analyzed.

Symbols That Help to Trigger the Feature

Megaways slots are basically the same as regular slots in terms of triggering bonus features. In a Megaways slot, there are 3 main types of special symbols that you need to look out for in order to unlock the different prizes in the game.

Wilds: The Wild symbol has the ability to substitute for all other symbols on the reels, completing winning paylines that would otherwise not result in a win. The sole exception is that the wild cannot replace scatter symbols, free spin symbols, or other bonus symbols. In some slots, the wild has no particular value, yet in others, it is the highest-paying symbol in the game.

Scatters: The scatter symbol is essentially a key that unlocks a variety of exciting extra features incorporated inside a slot game. In contrast to symbols that must be lined up on a payline to win, the scatter just has to appear on the reels to activate free spins, mini-games, or other bonuses. Scatter symbols are usually among the highest payout symbols in a slot game and are represented by a distinctive image that is exclusive to the topic of the slot title.

Mystery symbols: Mystery symbols are reel modifiers that are activated at random during the main game. When this feature is activated, 3-15 mystery symbols appear on the reels at the same time and then transform into the same symbol. As certain mysterious symbols might appear stacked or span a full reel on a single play, this encourages more profitable winning combinations.

Ever since software provider Big Time Gaming was officially patented with their first Megaways slot product, the whole Igaming world has quickly caught up with the trend with a series of games with the same genre being released to attract more and more players. As a result, a lot of new Megaways games have been born and they bring with them the unique creations of each provider to add more variety to the slot game network.

Among the Megaways games on the market today, there are a few titles that distinguish them from the masses based on their excellent quality. If you are looking to get started with this type of slot, the names below deserve your first experience.

Aztec Gold Megaways is a product of iSoftBet. The game will take you to explore an Aztec temple hidden deep in the jungle with powerful animal symbols and bizarre designs related to Montezuma. Special in-game features include cascading reels, cash re-spins with scatter symbols, and wild symbols.

The publisher stipulates the game's RTP level of 95.99%. It is highly volatile, and bets on spins range from 0.20 coins to 20 coins. Coming to Aztec Gold Megaways, you will have a chance to get its biggest prize of 1,000x your stack.

Bonanza Megaways takes players to the Wild West during a time when people were rushing to find gold. Mining is the main theme of the game, and you can dig gems and other treasures in a mine here in exchange for valuable prizes. The game comes with special features like free spins with infinite win multipliers and cascading reels, which allow you to win many times in a single spin.

Big Time Gaming has a standard RTP for this game of 96%. The game is highly volatile, and its bets per spin range from 0.20 coins to 20 coins.

The Blueprint Gaming Slot Buffalo Rising Megaways TM is one of the most popular slot machines because the idea of wild buffalo in the steppe, along with live music, provides a pleasant ambiance that players will enjoy throughout their gaming experience.

The game’s special features include free spins with a win multiplier, with no maximum amount specified. Also, there are other free spin options to pick from, with multipliers starting at x1, x5, x10, or arbitrarily.

The mystery symbol plays an important role in the slot’s feature. When seen on the playing field, it changes one symbol into another. The diamond, which serves as a wild symbol, completes the game and its elements. Besides, the game has an RTP of 97.01%, and it is labeled as highly volatile.

Diamond Mine Extra Gold Megaways is the sequel to the game Diamond Mine Megaways, both produced by Blueprint Gaming. The game has a classic twist with stone and cactus combinations, and the game's grid is designed to look quite old to create a feeling of nostalgia for the player.

You can buy bonus spins directly in the game to speed things up. In addition, you have an option to gamble the number of free spins you have won. Specifically, you will spin the wheel and see if you can land more or less free spins than you already have. Whatever the outcome, you have to accept it. If you don't like this feature, you can go directly to the free spins you won and enjoy it.

Extra Chilli is a unique Mexican-style product from software provider Big Time Gaming. The game's theme is based on a Mexican chili cart, which is owned by a gold digger. His story became very popular in this game's predecessor, the hugely popular Bonanza slot from Big Time Gaming.

Special in-game features include free spins, a gamble function, and the Drop Feature mechanic. The biggest prize in the game is recorded as 20,000x your stack, and you will have over 100,000 different ways to access this huge prize.

Blueprint Gaming's Eye of Horus Megaways is an online slot that employs Big Time Gaming's Megaways mechanism. Up to 25,000 opportunities to win are active on each spin. Expanding wilds, symbol alterations, and free spins are among the features.

The RTP or Return to Player ratio, of Eye of Horus Megaways varies between 95.02 and 95.49 percent, depending on where you play. Blueprint Gaming, who created the game, claims that the theoretical RTP is 95.49 percent, thus this is the statistic to believe. In the instance of Eye of Horus Megaways, the game's volatility ranges from medium to high.

Impressive in-game bonus features include the Super Gem Bonus, Pot of Gold Bonus, and Unlimited Win Multiplier. The game has an RTP of 96% and high volatility.

This wonderful Monopoly Megaways game combines board game classics with online slots and offers everything you could want - packed with features, high volatility, and a 96,39%  RTP.

Red Tiger Gaming created the online slot Gonzo's Quest Megaways. The game draws on the greatest characteristics of NetEnt's original Gonzo's Quest, with a 21,000x top reward. This game also has several fascinating features, like cascading winnings, growing multipliers, free spins, and more. The RTP is 96 percent, and the volatility is medium/high.

Gentleman and Lady Pig is back in a Megaways replica of the extremely famous Piggy Riches game. This wealthy couple of pigs has returned to our screens to show off their wealth and fortune for the enjoyment of players. In addition, the stakes are rather low, beginning at 0.10 coins every spin and up to a maximum of 10 coins. Red Tiger claims that the RTP in Piggy Riches Megaways is 95.71 percent.

Aside from that, the game has the amazing Mega Wilds. From this point forward, each winning combination can boost the multiplier to x1, and there is no limit to how many times this can occur. During these rounds, Mega Wilds can also appear, and the scatter multiplier will be paired with the wild multiplier to produce potential winnings.

Megaways is a breakthrough feature in the iGaming industry. With countless ways to win, players will easily sink into attractive spins with endless entertainment. If you are wondering about the titles that you should try in this genre, start with the list mentioned in the article because they are games that have already established a reputation with a large community of players.