How to Tell If a Slot Machine Is Hot 2021 - CasinoMentor

“How to tell if a slot machine is hot?” - I have been hearing this question for more than I could remember.

“How to tell if a slot machine is hot?” - I have been hearing this question for more than I could remember. In fact, most of the gamblers have thought about searching for a loose slot machine at least once, myself included. However, as I began to reveal this mystery, the result was not as I expected. Therefore, this article was written to provide my readers with the truth about slot smachines, as well as the answer to this secret. Warning: It may shock you!

Truth #1: There Is No Such Thing Called Hot and Cold Streaks

If you are a radical gambler, you should know best that slot machines are unpredictable, and that’s why they are called “game of chances”. A game that could be programmable is also exploitable, especially for the wrong purposes. And if that happens, lots of charges and lawsuits will be filed against some of the most established providers in the industry, like NetEnt and Microgaming. Imagine this: you cannot win more than 1,000$ if you bet less than 10$, and once you reach that 1,000$ milestone, your next 10 or 20 spins will guarantee to be a loss. I know that sounds extreme, but look at how ridiculous it could be if a slot machine is “programmable” or “predictable”.

So if a slot is totally random, how could the providers set the RTP (Return to Player)? Why should we choose the ones with the highest RTP, instead of going for just about any slot? This is where I remind you of something you have all learned in high school, the probability and independent events.

Truth #2: Every Spin Is Independent of the Others

Example 1: A standard brick-and-mortar slot machine with three rows, three reels, ten symbols, each with an equal chance of appearing. So, the event of symbol A showing up on the middle row of the first reel is 1 over 10. Likewise, the probabilities of symbol A appearing on the middle row of the second and third reel are both 1/10. Since each event is independent of the others, the chance of hitting symbol A on all three reels is 1/10 x 1/10 x 1/10 = 1/1,000. The total possible outcomes are 10 x 10 x 10 = 1,000.

The most crucial thing here is, those statistics will stay the same no matter how many times you have pushed that handle. The first pull has a 0.001 chance of hitting 3 As, so does the second pull, the third, and so on. It does mean anything if your last three pulls are some big catches; your next one might not be what you hope for.

Truth #3: Online Slots, in Some Ways, Are Programmable

You may be wondering, “What the heck? So what you just said is total nonsense, aren’t they?”. Not really. Slots are not programmable for the sakes of all gamblers, but they can be modified a little to be profitable for the casino operators, in terms of Return to Player. Let’s take a look at another example:

Example 2: This time, we are going for an online slot with the same interface, except that the chances of each symbol landing on the reel are not equal. The payout of each symbol will be sorted from the highest to the lowest, starting with A and ending with J. Since A has the highest value, it will have the lowest probability of showing up (to make it fairer for gamblers), like 1/100 for instance. B’s chance is 1/90, C’s is 1/80, D’s is 1/70, etc. The last one, J, has the highest probability of around 0.81.

That’s just some basic Maths; where is the RTP? RTP is calculated by taking the ratio between total revenue over total cost, or in this case, the prizes over the money wagered. If you take a 1$ bet, you would need around 1 million dollars to win the ultimate A prize. If the RTP is set to 96%, the A prize would be approximately 96% x 1 million = 960 thousand dollars. That’s the RTP for the triple-A jackpot only, and the one that we usually see is the sum of all the prize pool combined per money spent.

Now you can understand how a slot can be programmed. By changing the appearing probability plus the prize pool, the provider can make sure that gamblers will probably never win on average, and all the difference will crawl into the casino operator’s pocket. However, it doesn’t mean that you cannot beat the system. You could still get a truckload of cash in just one pull!

What if the Slot Machine Has Been Running Hot or Cold?

After learning the truth about online slots, we should amend our modification about hot and cold streaks a bit. Being on a hot streak does not mean that the slots will payout more often than the others. The only thing that we can be confident in, is that whoever played on these slots before was luckier than other punters. The same goes for the cold streak (poor guy). I’m not being superstitious here, but luck does contribute a lot in these kinds of games.

So, what if the slot machine has been running hot or cold? The answer is, it is not relevant to what you should do. You need to play wisely; try not to be irrational and burn all your money in one place. We have a few tips on winning a slot machine here, so check them out.

During my research for this mystery, I stumbled upon some fascinating theories about slot machines. One of them is a book by John Patrick called “John Patrick’s Slots”. In his book, John used the term “naked pulls” repeatedly and suggested that it may have something to do with the slot machine’s winning streak. A naked pull is a pull on the lever of the slot machine (or a spin) that results in nothing at all. John wrote about many strategies, and all of them partially stated that you should quit playing after a few naked pulls, possibly about seven or more.

Here’s the thing: It is not based on any practical pieces of evidence, and you can easily understand why. Those spins are independent events, and they don’t have anything to do with one another. You can lose seven spins in a row, even more, but it does not guarantee that the next pull will still be a loss. You can also win ten spins consecutively, and go home empty-handed with the next one. The limit is just there to stop you from committing too hard with this game of chance.

Despite the lack of values, you can read John’s books if you like, for they are very entertaining. Just, Don. B. Leave anything there.

Back to our original question, “How to tell if a slot machine is hot?”. Obviously you can’t. As you learn more about slot machines, you will realize that there is no shortcut to these gambling games; you just have to take the leap of faith. Either you go home with a full pocket or with an empty stomach. Isn’t this kind of excitement what we were looking for when we made our first bet? 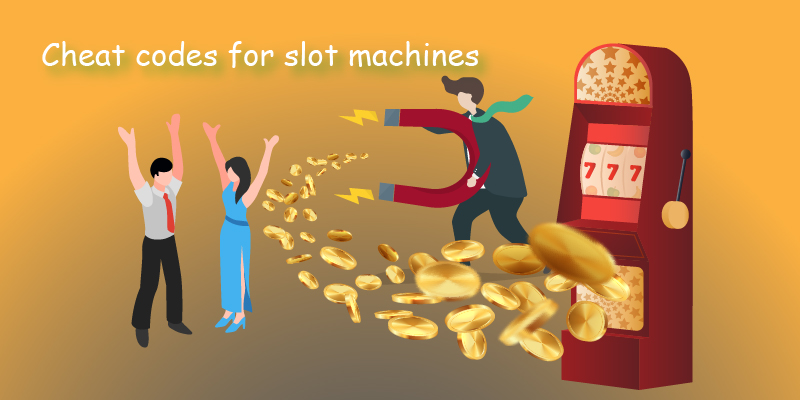 January 18, 2021 Gamblers will need to understand how slot machines work and...