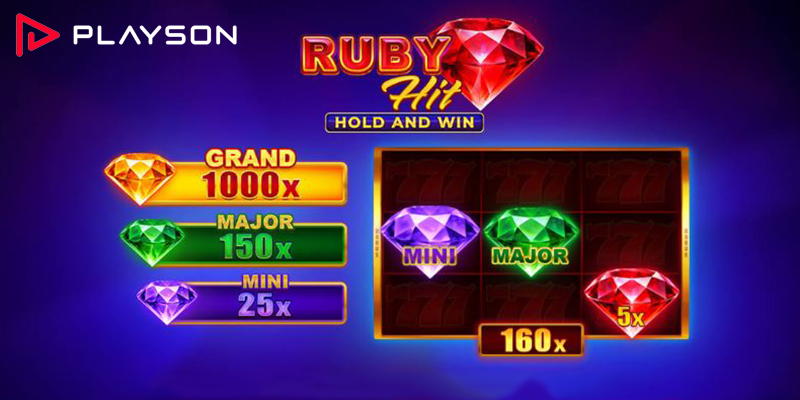 The 3x3 slot encompasses eye-catching visuals with a range of beautiful fruit and gem-stoned symbols, while the title Wild appears as the iconic Red Sevens. During the main game, the all-familiar Red Sevens substitute all symbols except for the Bonus Symbol.

This favoritism towards the Bonus symbol benefits players, as they can trigger an exhilarating Bonus Game by collecting just three Bonus symbols.

The Bonus Game kicks off with three respins, with each new Bonus symbol bringing the number of respins back to three. The Bonus symbol pays x1, x2, x5, x10, and x15 bets during this mode.

Giving fans a more fulfilling experience, every new Bonus symbol pays out and slides down one cell, offering the chance to take home more significant wins as it makes way for more paying symbols.

Nikolay Illiustrov, Playson Head of Games, said: “We’re always looking at ways in which we can reinvent titles, and we’re glad to say that with the inclusion of the slide-down feature, players will gain a heightened Bonus Game experience.

“We’ve also given them the chance to win more with some thrilling jackpots and a fairly rewarding respins feature. We can’t wait for our fans to experience Ruby Hit: Hold and Win.”

Relax Gaming has further re-affirmed its industry-leading credentials upon signing a deal to supply its extensive portfolio of games to operating giant Bet365.

On 11th July, the government of Macau decided to close all its casinos until 18 July 2022 after recording more than 1,526 Covid cases since mid-June 2022