What is Spanish 21? The Difference Between Spanish 21 and Blackjack

Players who are willing to study the distinctions between Spanish 21 and normal blackjack games will also benefit from advantageous odds. This article compares and contrasts "ordinary old" blackjack with Spanish 21. After reading this guide, you should be able to make an informed decision about whether you want to remain with traditional blackjack or learn to play Spanish 21.

Spanish 21 is a Blackjack variant that can be played in online casinos all around the world. It's highly popular and can be found in the major US and Asian online casinos.

The game employs six to eight decks, depending on the table. The shoe has a unique feature in that it misses all tens.

It is also a distinguishing feature of this variant. Playing without 10s in the shoe may appear to be a disadvantage for the punters, but it is not. The game's regulations provide players a significant advantage due to the low house edge of 0.45 percent -0.78 percent. Video Poker is the only game with a possibly lower house advantage.

In terms of payments, this variant is comparable to the conventional version. Spanish 21 pays out at 2:1, whereas blackjack pays out at 3 to 2. The entire list of rewards is available in one of the sections below.

Gamblers like the game's simplicity and player-friendly regulations. Let's go through some of the primary benefits of playing Spanish Blackjack:

The Origins of Spanish Blackjack

So you've learned the fundamentals of Spanish Blackjack. However, there is still plenty to learn. And what better way to learn than to delve into the game's history?

The first thing you need to know about Spanish 21 is that it is owned by Masque Publishing Inc., which is situated in Colorado. The game was created and released in 1995 by a creative game creator. Spanish 21 became viral almost immediately after its release. The public enjoyed it so much that other game makers rushed to produce their own titles to compete with Masque. But herein lays the catch.

The name is owned by Masque Publishing Inc., the only game company with the table game Spanish 21 in its repertoire. Other titles available in big online casinos are versions of the same game with innovative titles that merely sound like the original. These are known as Spanish Blackjack tables.

A variation to this type exists in various regions of the world, particularly in Asia, although with some differences in the layout and rules. This alternate version is known as Pontoon, and it is a popular game in online casinos.

How Do You Play Spanish 21?

Spanish 21 Blackjack is played with a six-deck shoe. Players are given two cards and must continue to receive cards until they opt to stop ('stand'), without going beyond 21.

After placing a wager, the player receives their cards and must decide whether to hit or stand. The dealer will come after you. The highest-ranking hand wins.

Players in Spanish 21 have the option of splitting their paired cards and betting with two hands. If the player is dealt another pair, he or she can re-split. A winning hand pays out at 1/1.

The missing tens are the primary distinction between Spanish 21 and European Blackjack. In Spanish 21, all ten cards are removed from the deck. As a result, players' hands are frequently made up of a large number of poor cards.

Side bets are not permitted in European Blackjack. Players can place an Insurance wager in the event that the dealer hits a natural blackjack. This wager pays 2/1. But that's about it in terms of side activity.

Spanish 21 offers a far broader selection of side bets. The Insurance bet is also available and pays 2/1. Look out for the following extra rewards that players might receive:

A player 21 always wins in Spanish 21, and a blackjack player always defeats the dealer blackjack. Of course, with no 10s, hitting a blackjack is much more difficult.

A dealer in European Blackjack will strike on 16 and stand on 17. The dealer may hit a soft 17 in various Spanish 21 games (a 17 with an ace). However, this marginally raises the dealer's edge.

In Spanish 21, unlike European Blackjack, a blackjack will not end in a tie. The player wins if both the player and the dealer have a blackjack (an ace and a picture card).

The next part of the article will discuss the main difference between the version of Blackjack we are familiar with and the unique variant from Spain. Read on to find out.

As previously mentioned, the house edge is a mathematical statement of the online casino's advantage over players. It's a probability estimate that assures the casino will win in the long term. By the way, that's how probability works—in the near run, anything may happen because casino game is all about luck. However, in the long term, the actual results tend to resemble the theoretically predicted ones.

Obviously, in the near run, real results cannot match this mathematical assumption. It's simple to see why when you consider the ultimate short-term outcome—the result of a single wager. If you stake $100 on a roulette wheel spin, you will either lose or win $100. (or more). It is impossible to lose 5.26 percent on a single wager.

That average is only relevant over thousands of bets. Anything might happen after 10 bets or even 100 bets. That is how players strike it rich and walk away victors. Almost all casino gamblers are concerned with short-term outcomes.

However, the casino is always concerned with long-term success. They have hundreds of games running at any given time, so long-term expectations happen much faster for them than for the player.

Blackjack has a well-known low-house edge, to begin with. The house edge for blackjack is sometimes stated to be between 0.5 and 1.5 percent, depending on the regulations in play. This is a little deceptive since it makes a large assumption.

The house edge in blackjack is calculated assuming that you apply a flawless basic strategy. When players talk about fundamental strategy in blackjack, they mean making the mathematically correct move in every case. 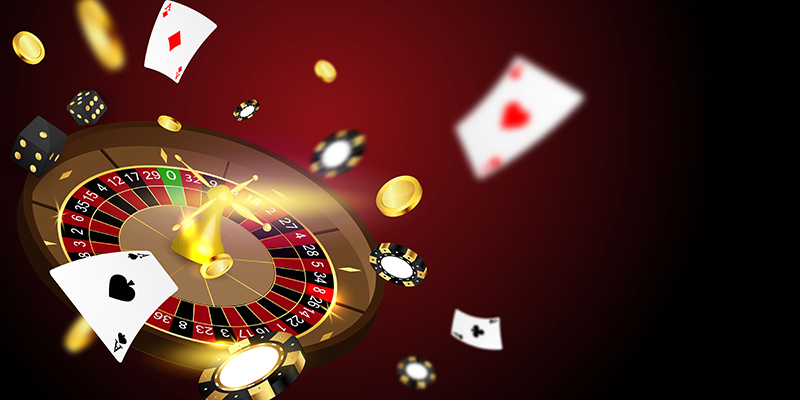 By the way, most players don't understand fundamental tactics. Given all of the mathematical errors they're making, the house edge for them is probably closer to 4% or 5%. If you don't master fundamental tactics, you might as well play a game with a greater house edge, such as roulette.

This, of course, presupposes that you're using an excellent fundamental strategy.

Some of the basic strategies for Spanish 21 are the same (or comparable) as that of any blackjack game. In this game, for example, you'll still strike any hard total of 8 or fewer.

However, doubling down is more difficult in Spanish 21 since you must account for the number of cards you have. This is due to the additional payouts totaling 21 with 5 or more cards.

If you have a hard total of 9, you will hit unless the dealer's up-card is a 6. In such a situation, you'll go all in.

That's not difficult, but when you have a hard total of 10, things get more difficult.

However, if the dealer has a 2 or 3 and you have 5 cards or more, you will just hit.

If the dealer shows a 7, you will hit instead of double down if you have four or more cards.

If the dealer has an 8, you will hit instead of doubling if you have three or more cards.

That is only the method for doubling with hard totals. You must also understand when to double on a soft hand. (A soft hand is one that has an ace that may be reckoned as either 11 or 1.)

These are the doubling techniques, although they only cover 27 of the potential circumstances. And the game provides more scenarios than that. In some cases, you'll have to decide whether to stand or fold unless you have a particular amount of cards.

For example, if you have a hard total of 17, you will stand until the dealer has an 8, 9, or 10 and you already have 6 cards. Your aim is to achieve the 7-card 21 so you can enjoy the large payoff.

You'll always stand on a hard total of 18 or more, so keep that in mind.

Spanish 21 is an interesting variation of blackjack. If you're wondering if you should learn about this variation, it's up to you if you want a change of heart after getting bored with traditional blackjack.

However, the difference in house edge is insufficient for some players to make the transition. A regular blackjack game with a basic strategy has a house edge of 0.5 percent. For the average player, the extra 0.1 percent is probably not worth the extra work. So, that depends more on your preference.

Doubling Down in Blackjack - All You Need to Know

Check out our article for what does doubling down mean, when you should and shouldn't double down, as well as how to make a move in a casino.

Double Down Strategy in Blackjack - When To and Not To Do?

Double down blackjack option is a thrilling move. Let's learn the double down strategy, when to and not to double down when playing online blackjack games.